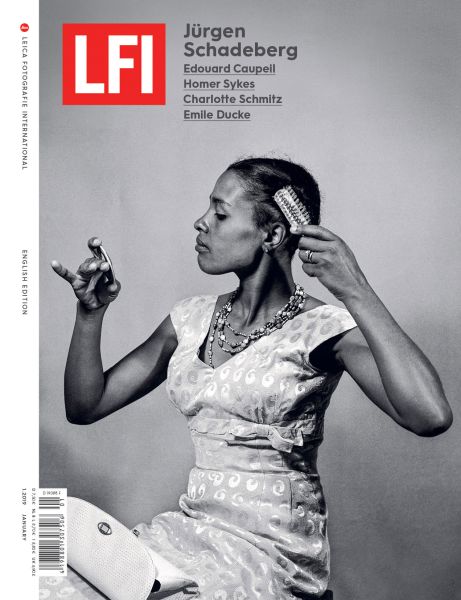 The latest issue of LFI is here! This current issue dedicates a large portfolio and an interview to Jürgen Schadeberg, who was honoured this year with the Leica Hall of Fame Award for his life’s work. In addition, you will find a reportage from Istanbul by Charlotte Schmitz, and another from the Chechen capital of Grozny by  Emile Ducke. The magazine also brings you Homer Sykes’s social studies of daily life in his adopted homeland of Great Britain, and Edouard Caupeil’s journey on the trail of James Baldwin in the southern states of the US. In the technical portion of the issue you can read some initial reports on the new Leica D-Lux 7, and the Elpro 52 close-up lens, as well as an interview with Tomas van Houtryve about working with the display-less Leica M10-D.