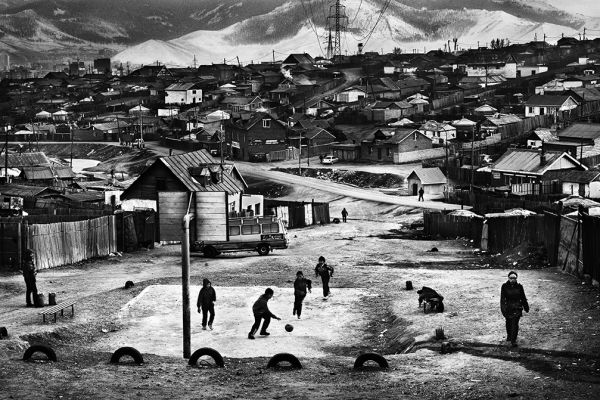 Jacob Aue Sobol – 1 day editing master class How do you create a personal expression through the edit of your images? Selecting, sequencing and telling the story in YOUR way. In this 1-day masterclass Jacob will look at your project whether it’s in the beginning stage, midway or you are finalising it for exhibition or book publishing. Through 8 hours of intensive dialogue Jacob will dedicate himself to you and your work.

This masterclass is aimed at those photographers who want to improve their storytelling skills, by working with one of the most renowned photographers in the world, memeber of Magnum's agency, Jacob Aue Sobol.
This is a very complete workshop aimed at improving your skills as a storyteller, doing group editing, getting feedback, and creating a new, effective workflow.
More information on the festival page: https://www.streetphotomilano.org/it/

Born 1976 in Copenhagen. Lived 1994-1995 in Strathroy, Canada. 1999-2002 Tiniteqilaaq, Greenland. 2004 Actxumbal, Guatemala. 2006-2008 Tokyo, Japan. 2008 Bangkok, Thailand. 2014-2016 Yakutsk, Siberia, Russia. Currently he is living with his family and crew on an Island in Southern Denmark, where he founded the first Center in the world of Fishing, Farming and Photography.   Jacob Aue Sobol is known for his unique, expressive style of black-and-white photography, which focuses on the universality of human emotion and the search for love within oftentimes harsh surroundings. Jacob was born in Copenhagen, Denmark, in 1976. He lived in Canada from 1994-95 and Greenland from 2000-2002. After studying at the European Film College, Jacob was admitted to Fatamorgana, the Danish School of Documentary and Art Photography in 1998. There he developed a unique, expressive style of black-and-white photography, which he has since refined and further developed. In the autumn of 1999, he went to live in the settlement Tiniteqilaaq on the East Coast of Greenland. Over the next three years, he lived mainly in this township with his Greenlandic girlfriend Sabine and her family, living the life of a fisherman and hunter but also photographing. The resultant book Sabine was published in 2004, and the work was nominated for the 2005 Deutsche Börse Photography Prize. In the summer of 2005, Jacob traveled with a film crew to Guatemala to make a documentary about a young Mayan girl’s first journey to the ocean. The following year he returned by himself to the mountains of Guatemala where he met the indigenous family Gomez-Brito. He stayed with them for a month to tell the story of their everyday life. The series won the First Prize Award, Daily Life Stories, World Press Photo 2006. In 2006 he moved to Tokyo and during the next two years, he created the images from his 2008 book I, Tokyo. The book was awarded the Leica European Publishers Award 2008 and published by Actes Sud (France), Apeiron (Greece), Dewi Lewis Publishing (Great Britain), Edition Braus (Germany), Lunwerg Editores (Spain) and Peliti Associati (Italy). Following his time in Tokyo, Jacob worked extensively in Bangkok, resulting in the 2016 book By the River of Kings. In 2013, he published a book in collaboration with photographer Anders Peterson called Veins, which explores those living on the periphery of society. Meanwhile, his latest book With and Without You was published in 2017 and is a tribute to his father who died when he was 20 years old.   In 2012 he began photographing along the Trans-Siberian Railroad and spent the next five winters photographing in the remote Russian province of Yakutia for his project Road of Bones. He has ongoing projects in Denmark, titled Home, and the United States, titled America. Jacob is the recipient of multiple grants and awards, including most recently a grant from The Danish Arts Council in 2019. His work has been shown in exhibitions around the world, including most recently Face of Our Time at University of Michigan Museum of Art, USA and SFMOMA, San Francisco Museum of Modern Art. Jacob became a member of Magnum Photos in 2012 and is currently represented by Yossi Milo Gallery in New York, Polka Galerie in Paris, Mc2 Gallery in Milano, Mundo Galeria in Madrid and Galerie Wouter Van Leeuwen in Amsterdam.
Programma
09:30 Welcome and registration 10:00 Lesson begin: participants and instructor...continua
Chiudi menu

Extra Info
You need to bring:  50-100 prints in A5 from the project you are working on.... altro
Chiudi menu

Participants will receive a signed copy of Arrivals and Departures the collaborative project with Leica from the Trans Siberian Railway.

I nostri vantaggi per te